1.It's good for you -  Volunteering provides physical and mental rewards. It:

·         Reduces stress: Experts report that when you focus on someone other than yourself, it interrupts usual tension-producing patterns.
·         Makes you healthier: Moods and emotions, like optimism, joy, and control over one's fate, strengthen the immune system.
2. It saves resources- Volunteering provides valuable community services so more money can be spent on local improvements.
·         The estimated value of a volunteer's time is $15.39 per hour.

3. Volunteers gain professional experience - You can test out a career.

4. It brings people together - As a volunteer you assist in:
·         Uniting people from diverse backgrounds to work toward a common goal
·         Building camaraderie and teamwork

7. You learn a lot - Volunteers learn things like these:
·         Self: Volunteers discover hidden talents that may change your view on your self worth.
·         Government: Through working with local non-profit agencies, volunteers learn about the functions and operation of our government.
·         Community: Volunteers gain knowledge of local resources available to solve community needs.

8. You get a chance to give back - People like to support community resources that they use themselves or that benefit people they care about.

9. Volunteering encourages civic responsibility - Community service and volunteerism are an investment in our community and the people who live in it.

10. You make a difference - Every person counts!

Email ThisBlogThis!Share to TwitterShare to FacebookShare to Pinterest
Labels: #communityservice#good#experience#values#volunteering#developingcountries#volunteering#heeals#india 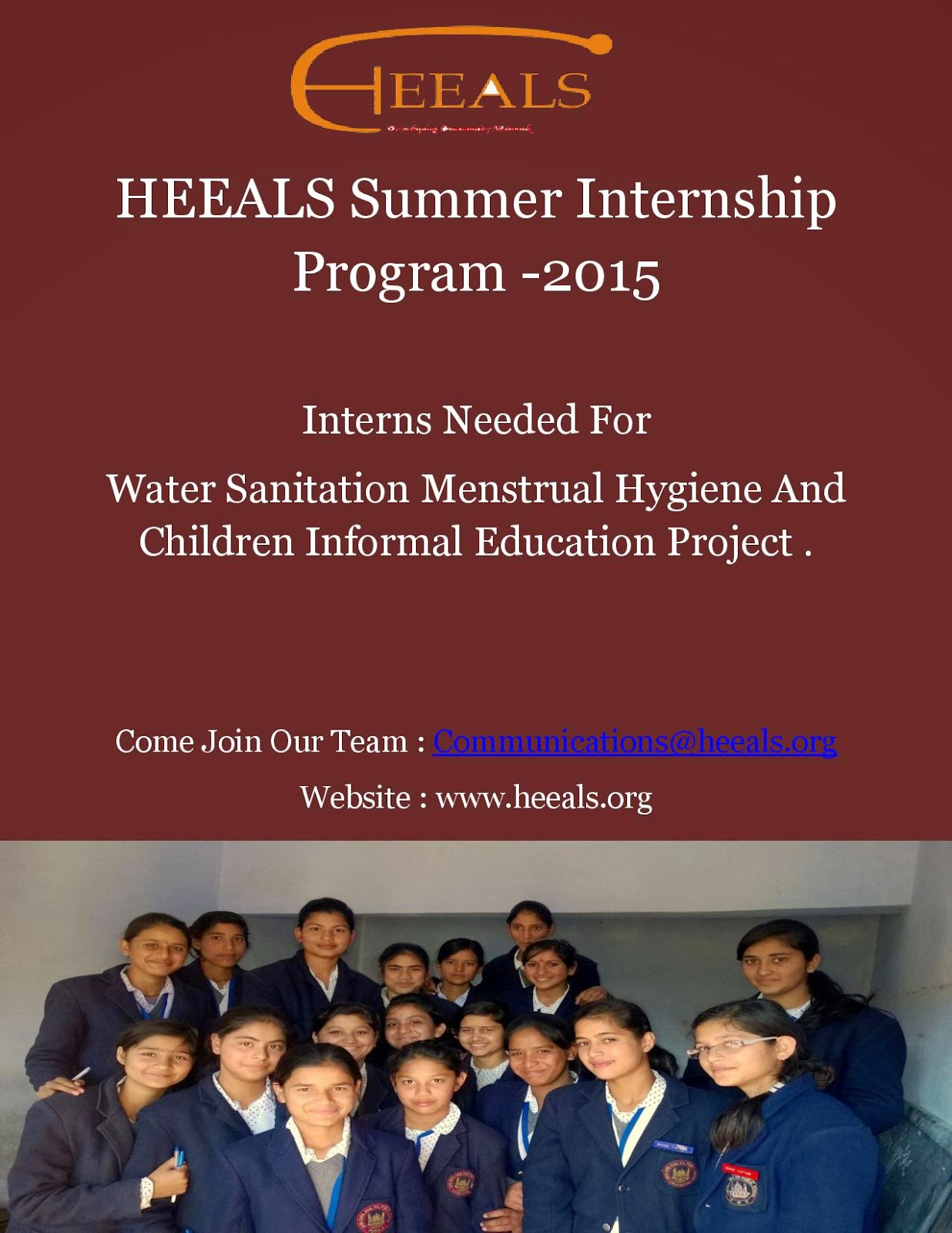 Holi - The Colorful Festival of India

The colorful festival of Holi is celebrated on Phalgun Purnima which comes in February end or early March. Holi festival has an ancient origin and celebrates the triumph of 'good' over 'bad'. The colorful festival bridges the social gap and renew sweet relationships. On this day, people hug and wish each other 'Happy Holi'.

Holi celebration begins with lighting up of bonfire on the Holi eve. Numerous legends & stories associated with Holi celebration makes the festival more exuberant and vivid. People rub 'gulal' and 'abeer' on each others' faces and cheer up saying, "bura na maano Holi hai".

Holi is one of the major festival of India and is the most vibrant of all. The joys of Holi knows no bound. The festival is celebrated across the four corners of India or rather across the globe. The festival is filled with so much fun and frolic that the very mention of the word 'Holi' draws smile and enthusiasm amongst the people. Holi also celebrates the arrival of Spring, a season of joy and hope. 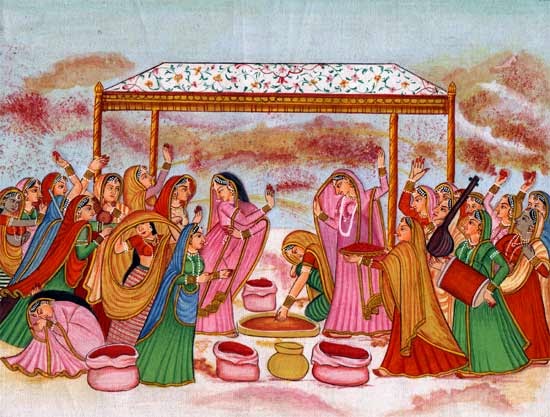 Legend of Holi Festival
Holi is one of the oldest festivals of India. There are many interesting stories associated with the festival's origin as one moves across the different states from North to South and East to West. Paintings and scriptures depict the roots of the festival. Mythology plays a very important part in narrating the festival of Holi. The most popular stories of Holi origin relates to 'Holika Dahan' and Legend of Radha-Krishan.

Story of Holika
Integrally entwined with Holi, is the tradition of 'Holika Dahan', which is actually lighting of bonfires. The ritual is symbolic of victory of good over evil and has its root in the legend of demon king Hiranyakashyap who wished to end his blessed son, Prahlad's life with the help of his sister, Holika who burnt in the fir and no harm occurred to Prahlad. Since then the day is celebrated in victory of good over bad.

Story of Radha and Krishan
The legend of Radha and Krishna is closely linked with this tradition of colors on Holi. Young Krishna, who had a dark complexion was jealous of his beloved Radha's extremely fair skin. In a mischievous mood, he applied color on Radha's face. Following this ancient legend, lovers till date long to color their beloved as an expression of love.  Holi Celebrations in India  Holi is famous as Basant Utsav in rural India. It is one of the major festivals in India and is celebrated with extreme enthusiasm and joy. Gulal, abeer and pichkaris are synonymous with the festival. Elaborate plans are made to color the loved ones. Everybody wants to be the first one to color the other. In the ensuing battle of colors, everybody is drowned not just in colors of gulal but also in love and mirth. People love to drench others and themselves in colored water. Gujiyas and other sweets are offered to everyone who comes across to color.  Temples are beautifully decorated at the time of Holi. Idol of Radha is placed on swings and devotees turn the swings singing devotional Holi songs. Now-a-days small plays are organized reflecting the spirit of the festival. To Be A Part Of Indian Festivals ,Contact : communications@heeals.org
Visit Us At : http://heeals.org/ContactUs