The National Geographic's Traveler Magazine describes it as "one of the Ultimate Cities of a Lifetime to visit and explore."

The foundation of the city was laid on 15 December 1911. It was planned by two leading 20th century British architects namely Sir Edwin Lutyens and Sir Herbert Baker. The new Capital was christened "New Delhi" in 1927, and subsequently inaugurated on 13 February 1931,by British India's Viceroy Lord Irwin. On 12 December 2011, New Delhi celebrated 100 years of Capital-ship, making it another landmark year in the long history of the historic capital of the region of Delhi.New Delhi is home to two UNESCO World Heritage Sites: Humayun's Tomb and the Qutub complex. There are areas like Old Delhi and Mehrauli in New Delhi which have a number of heritage structures.

Lotus Temple
(Since its inauguration to public worship in December 1986, the Bahá'í House of Worship in Delhi has, as of late 2002, attracted more than 50 million visitors, making it one of the most visited buildings in the world. Like all other Bahá'í Houses of Worship, the Lotus Temple is open to all regardless of religion, or any other distinction, as emphasized in Bahá'í texts. The Bahá'í laws emphasize that the spirit of the House of Worship be that it is a gathering place where people of all religions may worship God without denominational restrictions.)
India Gate
(Originally known as the All India War Memorial, it is a prominent landmark in Delhi and commemorates the 90,000 soldiers of the Indian Army who lost their lives while fighting for the Indian Empire, or more correctly the British Raj, in World War I and the Third Anglo-Afghan War. It is composed of red and pale sandstone and granite. Following India's independence, the India Gate became the site of the Indian Army's Tomb of the Unknown Soldier, known as Amar Jawan Jyoti ("the flame of the immortal soldier").
Humayun's Tomb
(It was the first garden-tomb on the Indian subcontinent Built in 1572 AD, The tomb was declared a UNESCO World Heritage Site in 1993,It was the first garden-tomb on the Indian subcontinent, It represented a leap in Mughal architecture, and together with its accomplished Charbagh garden, typical of Persian gardens, but never seen before in India, it set a precedent for subsequent Mughal architecture.)
Qutub Minar
(Qutb Minar, is a UNESCO World Heritage Site in Delhi, India.[1] The Qutub Minar was constructed with red sandstone and marble, and is the tallest minaret in India,The Construction was commenced by Qutb-ud-din Aibak in 1192 and completed by Iltutmish. It is surrounded by several other ancient and medieval structures and ruins, collectively known as Qutub complex,The nearby Iron Pillar is one of the world's foremost metallurgical curiosities, standing in the famous Qutub complex. According to the traditional belief, anyone who can encircle the entire column with their arms, with their back towards the pillar, can have their wish granted.)
Red Fort
(Lal Qila) is a 17th century fort complex constructed by the Mughal emperor Shah Jahan in the walled city of Old Delhi (in present day Delhi, India) that served as the residence of the Mughal Emperors,It was designated a UNESCO World Heritage Site in 2007,The Red Fort was originally referred to as "Qila-i-Mubarak" (the blessed fort), because it was the residence of the royal family,The Red Fort showcases the very high level of art form and ornamental work. The art work in the Fort is a synthesis of Persian, European and Indian art, It is relevant as a symbol of architectural brilliance and power.)
source: Wikipedia


Come and Explore Incredible India as a Heeals Volunteer !

UNICEF’s long standing support for improving water supply, sanitation and hygiene stems from a firm conviction and based on sound evidence that these are central to ensuring the rights of children.
In fact, it is essential for children to survive, grow and develop into healthy and fulfilled citizens of the world. In the broader context, UNICEF’s activities in Water, Sanitation and Hygiene (WASH) contribute to the achievement of the Millennium Development Goals.
Fast Facts
Hand washing with soap, particularly after contact with excreta, can reduce diarrhoeal diseases by over 40 per cent and respiratory infections by 30 per cent.  Diarrhoea and respiratory infections are the number one cause for child deaths in India.
Hand washing with soap is among the most effective and inexpensive ways to prevent diarrhoeal diseases and pneumonia.
With 638 million people defecating in the open and 44 per cent mothers disposing their children’s faeces in the open, there is a very high risk of microbial contamination (bacteria, viruses, amoeba) of water which causes diarrhoea in children.
Children weakened by frequent diarrhoea episodes are more vulnerable to malnutrition and opportunistic infections such as pneumonia. About 48 per cent of children in India are suffering from some degree of malnutrition. Diarrhoea and worm infection are two major health conditions that affect school age children impacting their learning abilities.
Adequate, well-maintained water supply and sanitation facilities in schools encourage children to attend school regularly and help them achieve their educational goals. Inadequate water supply and sanitation in schools are health hazards and affect school attendance, retention and educational performance.
Adolescent girls are especially vulnerable to dropping out, as many are reluctant to continue their schooling because toilet facilities are not private, not safe or simply not available
Women and girls face shame and a loss of personal dignity and safety risk if there is no toilet at home. They have to wait for the night to relieve themselves to avoid being seen by others.
Sanitation
It is estimated that
• Only 31 per cent of India’s population use improved sanitation (2008)
• In rural India 21 per cent use improved sanitation facilities (2008)
• One Hundred Forty Five million people in rural India gained access to improved sanitation between 1990-2008
• Two hundred and Eleven Million people gained access to improved sanitation in whole of India between 1990-2008
• India is home to 638 million people defecating in the open; over 50 per cent of the population.
• In Bangladesh and Brazil, only seven per cent of the population defecate in the open. In China, only four per cent of the population defecate in the open.
Water
• 88 per cent of the population of 1.2 billion has access to drinking water from improved sources in 2008, as compared to 68 per cent in 1990.
• Only a quarter the total population in India has drinking water on their premise.
• Women, who have to collect the drinking water, are vulnerable to a number of unsafe practices. Only 13 per cent of adult males collect water.
• Sixty seven per cent of Indian households do not treat their drinking water, even though it could be chemically or bacterially contaminated.
Hygiene
• According to the Public Health Association, only 53 per cent of the population wash hands with soap after defecation, 38 per cent wash hands with soap before eating and only 30 per cent wash hands with soap before preparing food.
• Only 11 per cent of the Indian rural families dispose child stools safely. 80 per cent children’s stools are left in the open or thrown into the garbage.
• Only 6 per cent of rural children less than five years of age use toilets.
• WASH Interventions significantly reduce diarrhoeal morbidity; statistically it has been shown that:
• Handwashing with soap reduces it by 44 per cent
• Household water treatment by 39 per cent
• Sanitation by 36 per cent
• Water supply by 23 per cent
• Source water treatment by 11 per cent.
Key Issues
• Newborn Infants: Hand washing by birth attendants before delivery has been shown to reduce mortality rates by 19 per cent while a 4 per cent reduction in risk of death was found if mothers washed their hands prior to handling their newborns.

• Older Girls: Giving girls the knowledge and facilities necessary for good menstrual hygiene is key to their dignity, their privacy, their educational achievement and their health. Adolescent girls are empowered through improved menstrual hygiene management.

• Mothers and Caregivers: Hand washing with soap at critical times is important for protecting the health of the whole family. By being a role model, mothers and caregivers can also help instill in their children the good hygiene practices which will serve them for life.

• Children in emergencies: During emergencies, children are especially vulnerable to the effects of inadequate access to water and sanitation services. WASH is a key component of any emergency response.
Chemical contamination in water ensuring water quality at the source is crucial. In India, there is a widespread natural occurrence of arsenic and fluoride in the groundwater. UNICEF is supporting Government of India programs on arsenic and fluoride mitigation and identifying water quality testing technologies which are appropriate for use in field situations.
All emergencies cause disruption to basic services. People are less likely to be able to drink safe water, use basic sanitation facilities and maintain improved hygiene practices. Children, especially those under the age of five, are particularly vulnerable to the diseases which can result during emergencies.
These diseases include diarrhoea, cholera, typhoid, respiratory infections, skin and eye infections which are all likely to occur when water supplies and sanitation services are disrupted. UNICEF has set out minimum standards of response for any emergency situation. These describe the life saving actions which UNICEF will take within the first six to eight weeks of an emergency, along with the longer term role in the subsequent weeks and months.
Posted by Heeals at 00:39 No comments:

Explore India as a Volunteer ! 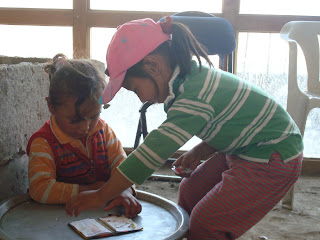 Heeals is a growing organization which offers volunteers and interns the unique ability & mechanism to have a truly significant role in organizational and program development
The variety of activities at Heeals is available for volunteers to cater students as well as professionals , where they incorporate a healthy mix of community development, team building and Goal management tasks.
Living at Heeals lets volunteers from around the world not only work together, but spend time exploring India as a whole , each state has a distinct flavour, while still allowing volunteers to experience Incredible India.
We offers an affordable volunteer opportunity.We offer you or your Group a live changing opportunities in India By way of interaction with local communities through customised work experiences ,cultural activities and home like stay.We offer Volunteer opportunities through out India  where we give opportunities to volunteer to experience and understand deeper level of cultural exchange through meaningful work,social and cultural activities with local communities organisation.
We works with local and international volunteers/ interns, and always welcomes continued support. Whether you have six months or more or  just a few hours or a week, we have a wide range of project opportunities. We have placements for university interns and professionals, but also for those who would like the opportunity to gain some hands-on experience in grass-root non-profit work.
FOR DETAILS PLEASE CONTACT US AT :-
communications@heeals.org