Volunteer An Asset For The World

According to Webster’s dictionary, a volunteer is a person who voluntarily undertakes or expresses a willingness to undertake a service and citizenship is the character of an individual viewed as a member of society; behavior in terms of the duties, obligations, and functions of a citizen.
When willingness and character combine, the results are amazing; they create a community RICH in assets. 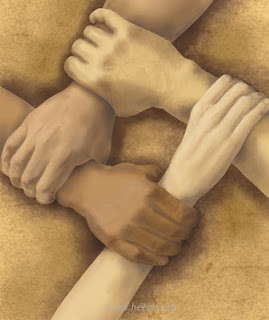 Volunteering for some work for helping somebody from the time immemorial is considered to be as the work of God , and a volunteer a messenger of the god  According to Great Mahatma Gandhi he said that , " if you feel very sad or very lonely or depressed , help a weeping child to make him or her happy, help a poor mother , help a poor  man , the feeling the happiness you will get is above all else and you will proud of your self ". Not only Volunteering helps a person gaining his confidence , but it also locates his desire ,  his willingness to support , to help to reach out to the needy one who needs his help more than any thing else in this world. There is no big worship then helping somebody ,and there is no big God then the one who helps somebody.
This RICH asset begins with finding your passion for giving e.g. music, the arts, political,women , chidlren , educational, business, seniors,disabled, etc. There are numerous opportunities to VOLUNTEER in your community and abroad in developing countriesd like India , which need your support and help there is a organization where you can find opprtunities matching your interest , caliber and work  HEEALS Volunteer Opportunities is a great place to start to match your giving with a community need.
And there are great rewards for the volunteer:
Volunteering will open doors of career opportunities. Employers seek employees with proven dedication and commitment to fulfilling their obligations. And for those who have little or no career experience, volunteer experience is a valuable asset on the resume.
Communities need volunteers and volunteers need to give of their gifts and talents to the community.


You can also give some thing back to the community , Why Late , Do It Now : CONTACT HEEALS

Volunteering is not only good for your soul, it could also stave off heart disease

Being a volunteer is good for the heart as well as the soul, claim researchers.
A new study shows even at a young age, people who volunteer have healthier cardiovascular systems that could stave off heart disease.
The study found improvements in several measurements of heart health among volunteers after just 10 weeks of taking part in community programmes. Even at a young age, people who volunteer have healthier cardiovascular systems
Experts say the research adds to evidence that giving time and energy to help others not only makes people feel good, it has a positive effect on physical wellbeing.
Researcher Hannah Schreier, of the Icahn School of Medicine at Mount Sinai in New York, said: ‘The volunteers who reported the greatest increases in empathy, altruistic behaviour and mental health were the ones who also saw the greatest improvements in their cardiovascular health.’

Dr Schreier led the study looking at the effect of volunteering on adolescents’ physical health while working at the University of British Columbia, Vancouver, Canada.
The study involved 106 teenagers from an urban, inner-city Vancouver high school who were split into two groups - a group that volunteered regularly for 10 weeks and a group that was wait-listed for volunteer activities.